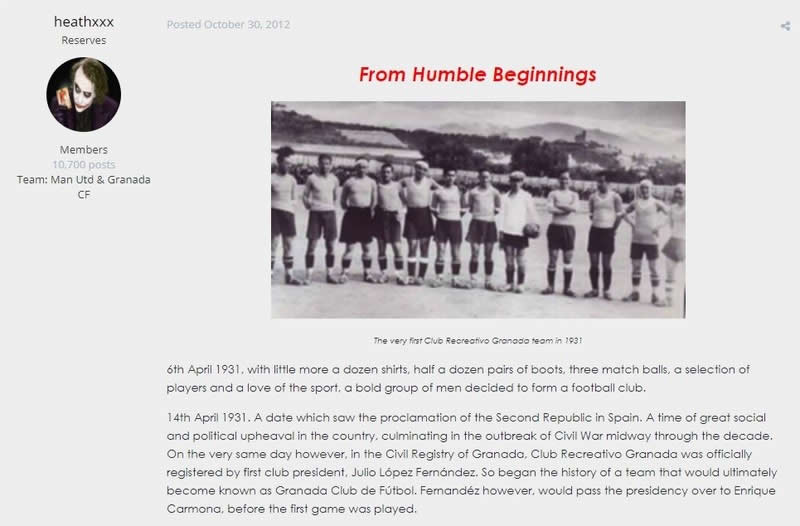 Chris of ronniedog.media (@tenpotatoesfm) and James Jones of footballfancast.com (@jamesjonesfm) talk about what happens at halftime on FM18.

With Pep leading twice in the last week, there is no doubt that he told City “not to be complacent” rather than aggressively reminding them that “they must do better”.

As ever, there are a few ‘tips’ to take away for your own saves as well as segments from @fm_grasshopper and @longballfoot

‘From the Archives’ is chosen by Luke Adamson today.

Ben, aka ZeGermanFM, joined George to have a conversation about why he’s impersonating ex-Rosenborg footballer – and Sensi legend – Harald Brattbakk in FM17.

Along with puzzling this out, the boys also talked about save updates, their favourite FM players, the best way to poach(er) goal and gave you the latest news from the FM Slack community.

In this show, the boys talked about breaking down a tight defensive structure, how to use PPMs to improve your players, the best ways to set up striker roles and why analysis matters to tactical success.

Today’s ‘From the Archives’ as chosen by @CurtyFM

George and Ed got overly excited by the release of the FM16 Beta and Iain Macintosh’s guest appearance, so threw the usual structure out the window for some special shenanigans.

We discuss Iain’s time with the FM16 beta so far, talk about his new book, get the lowdown on his Everton save for The Set Pieces and pitch some questions from the community (as well as finding out what would happen if George’s PSG Qatari owners pulled the plug on his big spending fun).

Chris (@tenpotatoesfm) is joined as ever by James Jones (@jamesjonesfm) and special guest David Black (@cm9798).

Dave tells us about his upcoming CM9798 World Cup.
And, don’t worry, we have more FM Tips and a community roundup!

George and Ed headed to the #FM17 Cup final to find out which Football Manager fan walked away with a cheque for £5000.

They ‘analysed’ the games, spoke to competitor Matt Halsworth, interviewed the winning team AND spoke to both Alex Stewart and Iain Macintosh.

Today we look back at Episode 42.

Ben, aka The Worst Football Manager Ever, joined George for a chat about being the worst FM streamer around. They chatted about ultimate FM staff hires, George’s quietly confident start to his Benfica save, Sutton United, why being rubbish at FM is interesting and a couple of community recommendations.

We dip back into the bin and today we pull out number 8, as requested by Keysi Rensie.

With Ed away, George and Guido Merry were left to play. They talked about wild international success stories, strikerless formations and the educational power of FM.

This week @tenpotatoesFM (Chris Darwen) managed to hit that record button meaning he is definitely joined by @jamesjonesfm (James Jones of footballfancast.com).

This week’s topic is injuries and what to do to when you are in the middle of a crisis and how you can avoid ending up in a crisis. Prevention is better than cure and all that!

There’s another FM Tip of the Week but there is no Community Roundup because @longballfoot has eloped to Milan.

As ever, there are some fine answers to the Question of the Week, but the most important thing is that we pressed record. Progress!