The beauty of Football Manager, for me at least, is in how deep the rabbit hole goes. For some that means falling in love with regens and getting their names printed on their shirts. And for others, it’s all about having Wayne Rooney as their assistant manager at Accrington Stanley after he’s hung up his little troll boots.

But for me, the joy has always been about finding something new in the world of football I hadn’t seen before. Whether it’s a genius new talent or a surprisingly progressive side, I genuinely find grazing the ample plains of the FM database a joy.

Which is why I’m embarking on an exploratory series of my own for The Deep Lying Podcast. Called “A Football Manager Season In..” I’ll be diving in and out of a variety of leagues from across the world to give you an indication of what they’re like and whether you should spend time in them.

To begin the series though, I’ll backdate things slightly and include my season with Nurnburg in the German Second Division. Because, though it ended in failure, it showed what a rollercoaster ride that league can be. 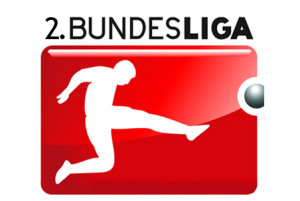 British based football fans will often point to the Championship as the most competitive league in Europe, but I think the German Second Division has genuine cause to challenge for that mantle.

While the Championship is a remarkably open and accommodating league, the German Second Division is messier than a biker gang bar fight in Texas. With 18 sides in the division, only two automatic promotion spots and a welter of sides with historic clout, it rapidly turns into a fast and furious battle.

In terms of sides battling it out in FM2015, there are plenty who should be in and around the top of the league. Kaiserslauten, Nurnburg, Bochum, 1860 Munich and Karlsruhe have all previously graced the Bundesliga with varying success; Red Bull Leipzig and Union Berlin come bearing cash; the likes of St Pauli and Ingolstadt may not be as financially powerful but they come to fight.

Each squad also boasts a surprisingly huge number of players. The fact that most sides don’t have a reserve team and only have under 19 teams (who often, admittedly, are stuffed with talent) means you shouldn’t be hugely surprised to find five or six goalkeepers waving at you from the first team meeting. However, whether those squads are balanced or not is quite another thing.

Finally, you’ll find that financial equality means that, for the most part, canny transfer dealings really can get you ahead. With each transfer budget rarely ranging above a few hundred thousand, you’d think you’d be locked out for talent. But clubs were often open for very fairly valued dealings, meaning you can both snap up good talent on the cheap and struggle to retain your own if players get too big for their boots.

Ultimately though, the German Second Division is really a big silly rollercoaster ride of a league. If you can get on board and enjoy it, you’ll find yourself cackling with delight. But even a few moments of doubt or the odd bout of bad form queasiness means things will likely end badly for you and your team.

And if we’re talking about getting a bout of bad form sickness at the wrong moment of this particular roller coaster, then my Nurnburg career ended up with me accidentally throwing up when the camera at the end of the ride took the photo.

After sitting in a play off position basically from the first day of the season to 4 games before the end, we managed to trail off and finish 6th and I found myself heading off to Frankfurt.

It wasn’t meant to end like that. Listeners of the podcast may already have heard the story, but I had finally managed to get my head around the bonkers Nurnburg squad that I was presented with.

Genuinely, I only had one fit right back and one fit centre back in the side but I had more than nine players who could play a variant of the AMR role. While it was easy to identify Niklas Stark, Ondrej Petrak, Alessandro Schopf and Jan Polak as a central midfield powerhouse in waiting, pre-season was a despairingly long audition of a wide variety of identikit wingers.

However, despite that grimness, things started well. I signed John Mensah on a free transfer, promoted a 17 year old centre back called Patrick Kammerbauer and used an 18 year old right back called Tobias Pachonik to bulk out the squad and we did well. Despite not being particularly great in any noticeable way, we won a lot more than we lost and finished the first half of the season in 2nd place.

Along the way I had used a 4-4-1-1 formation, a 4-2-3-1 before I switched to a strikerless 4-1-2-3-0 just before Christmas. Things wobbled a little bit there as we adapted to a high pressing, narrow style. But as our strikers had been collectively useless, it turned out to be a boon for our midfielders and they helped pull us up the table. Their failures helped Stark to blossom into a goal scoring box to box midfielder. 20 year old Sebastian Kerk turned from shadow striker to goal scoring winger, filling his boots while also helping our wide target man Guido Burgstaller to power in headers from the left if Kerk couldn’t find space to shoot.

Then, after the winter break, things went even better. We returned from our Christmas holidays and handed Red Bull Leipzig, our nearest rivals, a beating before embarking on a solid unbeaten run. We also managed to actually sign a new right back and left back (Matthias Zimmermann and Paolo De Ceglie, both on the transfer list) to properly support the squads push.

However, the wheels fell off in the spring after an awful international break. Despite our midfield being stuffed with players, talent was thin on the ground and solidity helped save our day. So to first lose the combative Petrak and Polak to injury for the rest of the season and then to lose Sebastian Kerk’s goals from the right for the same duration punched us in the gut. The situation wasn’t helped by Gotjko Kacar, our Serbian centre mid signing in January who broke down more than Kieron Dyer in a Lada when we needed him the most.

And just at the key moment of the season, we (surprise, surprise) went on a hefty and unfortunate losing run. And the two largest nails in the coffin were forged out of the essence of bad luck itself. We lost 2-1 to Bochum in a game where their first goal was a cross gone wrong and their second was caused by a huge defensive error. And then we lost 1-0 to 1860 Munich, with their only shot of the game condemning us to an utterly frustrating defeat.

With that defeat, we were finally out of touch on game 33 and the board were reading me my last rites. But while it all ended in tears, I’m still had a fantastic time along the way for a number of reasons.

…and then it all goes wrong at the worst moment

The first was due to the league itself. Every game is a real battle and each side does set up differently, so you do really have to prepare three effective systems for you to use to have a chance of succeeding. And as the squad sizes are large, finances are relatively fair and transfers between clubs are common, you can certainly find bargains to improve your side.

The second was Nurnburg itself. Basket case though the first team is, if you can sort which players you really need early it has a great base for success. The quality of the club’s youth prospects and particularly Niklas Stark make them like Ajax in the Motherland. There is a really good project there.

And third, I really enjoyed going toe to toe with my own players at times. I had a particularly good ring ding half season battle with Timo Gebhart who, after I agreed to let him leave for Stuttgart if they coughed up the cash, ended up in the reserves when he threatened me after I wouldn’t put a release clause in his contract. Baby.

But all in all, the German Second Division was a bit of a riot. In this instance though, I was the one who ended up getting kettled by it. Next time though, eh?

Got a suggestion for where George should go next? Tweet us @TheDeepLyingPod to let us know your ideas.