In between playing Football Manager, watching football and generally immersing myself in a footballing life, I pretty regularly dip into footballing books as a way of both unwinding and furthering my life consuming interest.

So in the interests of being vaguely useful, and with FM16 coming out very soon indeed, I’ve decided to write up this quick piece on some of the tip top books I’ve read in the genre and how they can give you food for thought for FM.

Some will be directly applicable in game, others won’t be. But hopefully, you’ll enjoy reading the books included here – irrespective of their direct usefulness or otherwise.

Note: We’re aware that Iain Macintosh has a brand new book about FM coming out (after he managed to work on one previously). We’ll be reviewing that in full once the postman co-operates with our demands of on time post.

END_OF_DOCUMENT_TOKEN_TO_BE_REPLACED

With Ed off this week, George was forced to take the presenting reins up by himself. Never fear though, because the ever excellent Guido Merry came along for the ride and he did so with the cocksure swagger of a man who turned Fiji into world champions in an early edition of Championship Manager and is now a Football Manager tactical legend.

On this week’s show then, we discussed:

You can find us on iTunes by searching for The Deep Lying Podcast or you can listen to us on Soundcloud below.

Another week, another episode of the Deep Lying Podcast. This week, Chris Darwen of Johnny Cooper fame joins us as we show the other footballing podcasts that summer doesn’t mean we gave to stop everything and go to a beach (though we sorta wish we could).

This week we cover:

You can listen to the podcast by heading straight to Soundcloud below. Or you can find us on iTunes by searching for The Deep Lying Podcast. Enjoy!

Read the excellent Set Pieces Moneyball series about Football Manager? WHAT DO YOU MEAN YOU HAVEN’T? READ IT NOW.

….done? Good. Anyway, the reason why we made you read that all is that the author of that piece Alex Stewart came aboard the podcast to talk about his save. Sharing his wisdom about how to make your tactics super effective, how to be more spend thrift than my namesake on Budget Day and sitting awkwardly while Ed fanboyed all over him, he was a top guest and a great listen.

Which is why you should listen to the episode right now. It’s available on Soundcloud below and on iTunes here. And if you do succeed at Moneyball in your own FM career, make sure you give Brad Pitt a call because it is almost certainly Oscar winning material.

The beauty of Football Manager, for me at least, is in how deep the rabbit hole goes. For some that means falling in love with regens and getting their names printed on their shirts. And for others, it’s all about having Wayne Rooney as their assistant manager at Accrington Stanley after he’s hung up his little troll boots.

But for me, the joy has always been about finding something new in the world of football I hadn’t seen before. Whether it’s a genius new talent or a surprisingly progressive side, I genuinely find grazing the ample plains of the FM database a joy.

Which is why I’m embarking on an exploratory series of my own for The Deep Lying Podcast. Called “A Football Manager Season In..” I’ll be diving in and out of a variety of leagues from across the world to give you an indication of what they’re like and whether you should spend time in them.

To begin the series though, I’ll backdate things slightly and include my season with Nurnburg in the German Second Division. Because, though it ended in failure, it showed what a rollercoaster ride that league can be.

END_OF_DOCUMENT_TOKEN_TO_BE_REPLACED

Hands up who is rubbish at keeping a site up to date? Yep, the entire team behind the Deep Lying Podcast don’t have much of what would be described as a joined up media strategy – hence the slightly bare state of the website.

So, in a fit of laziness, here is a super quick round up of everything you may have missed so far:

Episode 2: Ed explains to George why net games work really well and dangerously hoists the idea of setting up a community wide game into the air.

Episode 3: Jonathon Aspey joins us as we tangle with the pronunciation of Mjallby and find out why he hates 4-4-2 so much.

Episode 4: Lee Scott, aka FM Analysis, joins us to talk about his FC Twente save and how he is conquering the Dutch league with a formation best described as unconventional.

Episode 5: Jonny Sharples, aka JonnyGabriel, scoops the footballing world with the announcement of Ivica Strok’s candidacy for Fifa presidency.

If you want to keep up to date with the podcast and not rely on us nincompoops to update the website, then it couldn’t be easier. To listen to the podcast directly and cut out us middlemen, head over to Soundcloud or iTunes to subscribe to the show and follow us on Twitter @TheDeepLyingPod.

Then everything will be gravy. Gravy I tell you!

We’ve taken our sweet, sweet time about it but the first episode of the Deep Lying Podcast is up and available to listen to on Soundcloud.

Join Ed and George as they discuss all sorts of things football and football manager related. From marvelling over Mourinho’s evil tactical genius, explaining why Ed hates any formation that isn’t narrow and even including an impassioned defence of Paul Dummett, this podcast hopefully has a little of everything for Football Manager fans out there.

Check out the podcast below, remember to follow us on Twitter @DeepLyingPod and make sure to keep your ears open every Tuesday/Wednesday for your next slice of FM goodness. 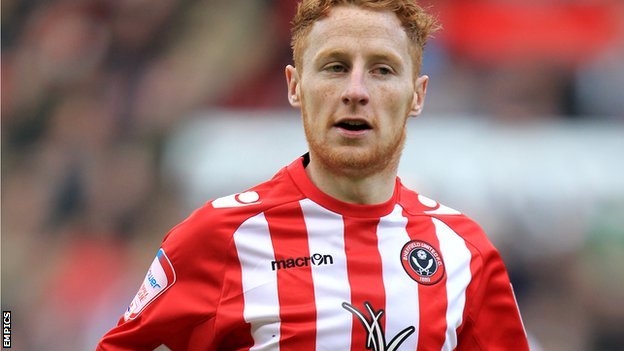 Though we can all agree that value for money in Football Manager is an essential driver of a smart transfer policy, the lure of the transfer listed section can be too tempting to resist. Here is George’s ode to the money he has mis-spent through the ages.

END_OF_DOCUMENT_TOKEN_TO_BE_REPLACED

Congratulations! You have discovered the home of The Deep Lying Podcast, a weekly show dedicated to all things Football Manager.

Hosted by Ed Wilson and George Osborn, every week we’ll be bringing together FM obsessives to talk Trequartistas, reminisce about rage quits and generally keep you up to date with the finest football sim this side of history. In the coming weeks, we’ll be introducing ourselves and our lovely collaborators before revealing to you exactly where and when you can hear the first episode of the show.

So, to keep up to date with everything going on, make sure you keep your eye on this site, sign up to our mailing list at the bottom of the page and follow @thedeeplyingpod on Twitter to be the first in on the ground floor of what we reckon will be a future podcasting phenomena.*